How Do I Become a College Professor? 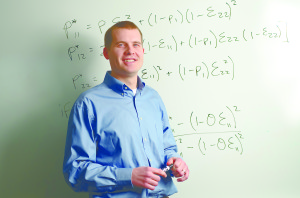 Good college professors not only teach their students, they inspire them. In fact, many college professors so inspire their students that these young men and women desire to become professors themselves. A career as a professor requires many years of preparation; however, it is one of the most rewarding paths of employment any individual can hope to pursue. There are always bright and budding young minds at colleges across the nation, and even across the globe, waiting to find their true potential with the guidance of the right professor.

Getting a Start as an Undergraduate

All potential college professors need four-year college degrees. After potential future professors gain admission to college, they must immediately consider their major field of study. In the vast majority of cases, students pursue graduate study in the same field they studied as an undergraduate, and they then go on to become a professor in this field. For this reason, picking a major is one of the most important choices in students’ journey to become a professor. Furthermore, students with aspirations of teaching in higher education must earn excellent grades. Average or even good grades will not suffice. It will be nearly impossible to gain admission into a graduate program with subpar grades.

After future professors graduate with a four-year degree, it is vital that they pursue a graduate-level degree. Many of these students enroll in a master’s degree program; others will move on straight to a doctoral, or Ph.D., program. Both of these are valid choices. A master’s degree usually takes about two years to complete and often requires that the students write a thesis on a topic related to their study. Other master’s programs forego the thesis requirement in favor of an internship or other hands-on work. Doctoral students, both those who obtained master’s degrees first and those who entered the program immediately after college, typically have four to six years of study ahead of them. Almost all doctoral programs require that students write a dissertation on a unique topic in their field of study before graduation.

Finding Employment as a Professor

While most four-year colleges require that even part-time (adjunct) professors hold Ph.D’s, not all professors go by “Doctor.” Many two-year colleges, mostly community colleges, have professors with master’s degrees only. In fact, according to the American Association of Community Colleges, 72 percent of full-time community college professors hold a master’s degree as their highest level of education. Most four-year colleges and universities, however, do require that both part-time and full-time faculty hold a doctorate. These professors may work as adjunct professors, or they may have the privilege to obtain a tenure-track position. After approximately seven years of work, tenure-track professors may apply for tenure, which allows them to keep their positions for as long as they like, provided they commit no grave offense.

According to the U.S. Bureau of Labor Statistics, students wanting to become postsecondary teachers face a bright future. From now until 2022, demand for college professors is estimated to rise 19 percent. While salary varies widely by field of study and type of position, the median annual wage for college professors in 2012 was $68,970. For students interested in spreading knowledge to bright young minds, the perfect choice may be to become a professor.