Is it Easy to Find a Job as a Bilingual Teacher? 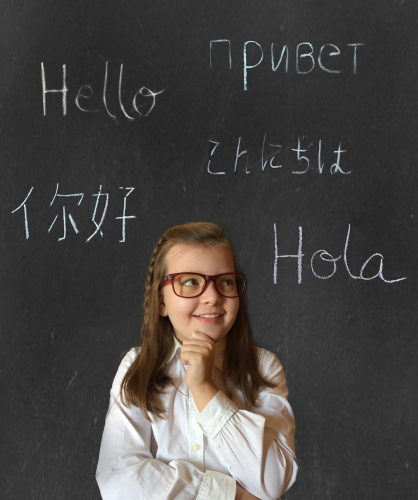 Someone who speaks more than one language may wonder whether is it easy to find a job as a bilingual teacher. The answer is simply yes. Teachers in general are in high demand and with an increasingly multilingual student population, teachers with the ability to speak multiple languages will have significant job opportunities.

Why Bilingual Teachers Are In Demand

Bilingual people in general have an easier time finding a job than people who only speak one language. For teachers, however, the opportunities are likely to be numerous. This is largely due to a growing multilingual population in the United States. Schools are in need of teachers who can work with students who speak languages other than English. Even English-speaking families are wanting to enroll their children at bilingual schools so they will learn a second language early and be better equipped to live in an increasingly diverse world. In addition to this, middle and high school students recognize the benefits of being able to speak another language, so they often want, or are even required, to take language classes.

It Will Vary By Region

Although overall there is a teacher shortage, the ease of finding a job as a bilingual teacher will vary by region. Teachers who can speak Spanish are in high demand in regions such as the South and Southwest where many students speak Spanish primarily at home, for example. However, in other areas such as the northern Midwest, Hmong and Somali immigrants make up a significant portion of the population. There, speaking native languages of those countries will make it easier to find a job as a teacher. Bilingual teachers will often have to contend with cultural differences, as the Star Tribune notes.

Bilingual teachers have a few options when it comes to the type of job they can get, which can answer the question of is it easy to find a job as a bilingual teacher. They can work as language teachers, teaching students a new language. In the United States, the most popular second languages to learn in schools include Spanish, French and German, among others. These secondary language classes are often taught at the high school level and occasionally at the middle school level or below. Bilingual teachers can also work as English as a Second Language (ESL) instructors. ESL teachers are a specialized variety of teacher whose job it is to teach basic subjects such as science and math to students whose first language is not English.

A final option for students who are learning a second language and want to go into teaching is to go overseas to find employment as a Teaching English as a Foreign Language (TEFL) teacher. Most students around the world are interested in learning English and teachers who can help them learn it are in popular demand. Some of the most in-demand countries include South Korea, Vietnam, Colombia, the United Arab Emirates and Senegal. This is one of the best ways to get a job as a bilingual teacher that also will allow students to visit other countries and experience other cultures.

The education field is having to change rapidly to meet the needs of the students of tomorrow. This is why the question of is it easy to find a job as a bilingual teacher is almost universally yes.