What Types of Education Jobs Are Available With the State Government? 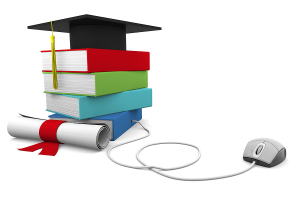 Though a teaching degree is often thought of as preparation only for the classroom, there are actually plenty of education jobs available with the state government. For nearly a century, state governments have been deeply involved in matters of educational policy. The passage of No Child Left Behind legislation only increased the size and scope of state government in the affairs of administrators, teachers, parents, and students, and today this area is one of the fastest-growing parts of most state agencies. For professional educators and those who wish to have a direct hand in how the state drives students toward a better education, there are numerous positions available that can change the course of the classroom.

The first step of any federal agency is to determine which policies are working and which ones need to be modified so that they’re more effective or efficient. That’s where a policy analyst comes in. Most state governments have a team of educational policy analysts dedicated solely to reviewing outcomes at the state’s schools, comparing those outcomes to changes in state standards, and determining what kind of change could be made to produce better results in the next year, the next five years or over the next several decades.

Policy analysts often work within the state’s Department of Education, and they report to more senior officials and advisors. This often includes the state’s education secretary, and it may require policy analysts to brief state legislators on recent educational changes, outcomes, and shortfalls.

Another Role in Government: Policy Advisors for Elected Officials

Not all educators are interested in simply analyzing policies that are already put into place. According to the Bureau of Labor Statistics, many seasoned educators have a sense of how the classroom works and how the government can change its policies to allow for better learning experiences. Instead of analyzing existing policies, these people are more interested in advising elected officials on the best changes for the classroom in the future. They’ll occasionally work with analysts to help them craft a solution to a state problem, but they’ll more often work alongside state legislators, governors, and others, who need a bit more clarity on how education works and which changes might benefit the state in the future.

Teaching in New Venues: Beyond the Public School District

While there are plenty of teachers who work in public school districts, there are lots of others who work for the state and simply utilize a different venue. Many teachers secure state-funded jobs teaching in prisons and juvenile detention centers, while others work in rehabilitation facilities, specialized schools for those with learning disabilities, and even hospitals. The state often offers incentives for teachers to take these jobs, since they’re considered a bit outside the mainstream and often lack a large pool of qualified, capable candidates to get the job done.

There’s More to Education Than The Typical Classroom

State workers make up a significant portion of the education industry’s workforce, with jobs that are absolutely essential to setting state standards, securing funding for educational programs, and improving the lives of teachers and their students. Whether it’s a job in policy analysis, an advisory role alongside elected officials, or simply a less conventional teaching position outside the typical classroom, there are quite a few great education jobs available with the state government.