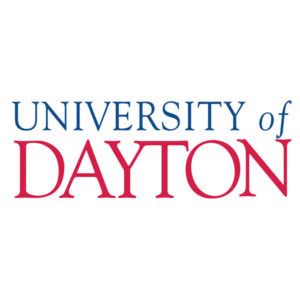 Education Degree Programs at the University of Dayton

The University of Dayton is also featured in our ranking Top 20 Best Master’s in Reading and Literacy Online.

The School of Education and Health Sciences at the University of Dayton offers several education degree programs. Students can earn a Bachelor of Science in Education with a concentration in more than 10 different fields, including early childhood leadership and advocacy, early childhood education and adolescence to young adult education. Each program requires that students do observation work and to local schools to watch teachers work. They will also do student teaching programs where they take over those classes. The university also offers a joint program with nearby Sinclair College that allows students to take two years of classes there and then transfer to an education program at the university.

Several graduate programs in education are also available from the University of Dayton. Students can choose from school counseling and school psychology programs and become licensed to work in Ohio and other states. The university’s mathematics education program helps students become better math teachers, while its teacher as leader program looks at how teachers can take on leadership roles. There is also an early childhood leadership and advocacy program that looks at what teachers and leaders do as they work in preschools and other settings with children.

There are also several education programs available online. One is the early childhood leadership and advocacy program, which the university designed for part-time students. An applied behavior analysis program is also available online. This graduate program prepares students for working with clients diagnosed with autism and others who are on the spectrum. Students who already work as teachers can add endorsements to their licenses through the university’s programs in reading, teaching and leading or technology and enhanced learning.

There are also three programs that help students get licenses in Ohio to work as principals and superintendents. Students can get certificates in dyslexia education and early childhood leadership and advocacy too. Most of the online programs include fieldwork and three-day residency sessions. Students can do their residencies in Dayton, but they can do their fieldwork anywhere in the country.

About the University of Dayton

The University of Dayton is a private university in Dayton, Ohio that is affiliated with both the Roman Catholic Church and the Society of Mary. Also known as Marianists, the Society of Mary established a small school in Dayton in 1850 for young boys on an abandoned farm. Called the St. Mary’s School for Boys, it allowed students to live in an old mansion on the property. It would become Chaminade High School and add the Immaculate Conception Chapel to its campus in the following years. Both the chapel and the old boys’ schools are still open to students today. Later known as St. Mary’s College, it chose the name of the University of Dayton to show its commitment to the city.

Better known as UD, the university has a large neighborhood for students that surrounds its campus. One side of the neighborhood uses the nickname of The Darkside, while the opposite side goes by the nickname of The Ghetto. Despite being a small school, it ranks among the top 30 of colleges in the nation in terms of turn out for basketball games. U.S. News and World Report ranks UD as one of the top 130 colleges in the nation.

UD has accreditation for all its education degree programs from the National Council for Accreditation of Teacher Education (NCATE). This accreditation also covers the fieldwork that students do as they work in local schools. The primary accreditation held by the university is from the Higher Learning Commission (HLC), which functions as both regional and institutional accreditation. It is why UD can give students financial aid and why it can accept transfer students.

The review board working for UD evaluates each application that it receives and looks for students with a strong interest in education. Students applying to a graduate program must complete the online application and submit a resume that makes note of any education work or experience they have. They will also write a personal statement that lists why they chose UD and what they will do when they graduate. Other requirements include two letters of recommendation and official transcripts. The online graduate programs will accept students for sessions beginning in May, January or September, while the traditional programs accept students for the fall or spring semesters.

With an acceptance rate of around 60%, UD is one of the more selective private colleges in the state. Undergrads can submit their applications by the early priority deadline of November first or the final deadline of February first. The university allows students to apply for early decision without requiring that they attend if accepted. Students can use the Common Application or the UD application. The university looks for students with a GPA of at least 3.0 and grades of C or higher in all prerequisite math and science classes taken. Those applying for early decision need a GPA of 3.5 or higher. UD requires official transcripts from students and an official standardized test score.

Any undergrad who submits an application to UD will instantly enter the university’s pool for a merit scholarship. The top scholarships award students a total of more than $90,000 over the next for years. Students can also qualify for need-based scholarships when they submit the FAFSA. The FAFSA can also help students get funding in the form of grants. Both subsidized and unsubsidized loans go to worthy students too, but the university asks that students complete loan counseling before it will release those funds. All the education degree programs offered by the University of Dayton include scholarship opportunities and other financial aid for students.